Git clients I use

There might be some people who only use the Git command line interface. But I’m definitely not one of them. I’m way to lazy to always type all the commands.

When I’m working on something in VSCodium, I use the integrated Git support, same goes for IntelliJ IDEA. They are great for simple things like staging files and committing them. For me it would be even less productive to open a terminal and type all those commands.

When I need to do more advanced stuff like staging only selected lines, I mainly used GitKraken in the past. GitKraken is a great Git client with a nice graphical interface. In my opinion it’s even better than the popular SourceTree, that also isn’t available on Linux. It let’s you do everything one needs to do with Git. The new 6.0 release also made it a lot faster and introduced a tab feature.

Git sometimes isn’t very intuitive. I tried git add -i but somehow I haven’t found out how to use it yet. But when there are nice clients with a user friendly interface, I also don’t have to care about stuff like that. I don’t need to learn all those commands by heart. I already have to learn enough for exams, so learning Git commands is the last thing I want to do.

For a few days, I also use lazygit more often. lazygit is for lazy users like me, lazy Git users. It’s a TUI client. It can do all stuff one needs git to do, staging single lines too. And an advantage over GitKraken is, it’s actually open source and free software. Until my GitKraken Pro student license expires, I definitely want to use lazygit as my main Git client. 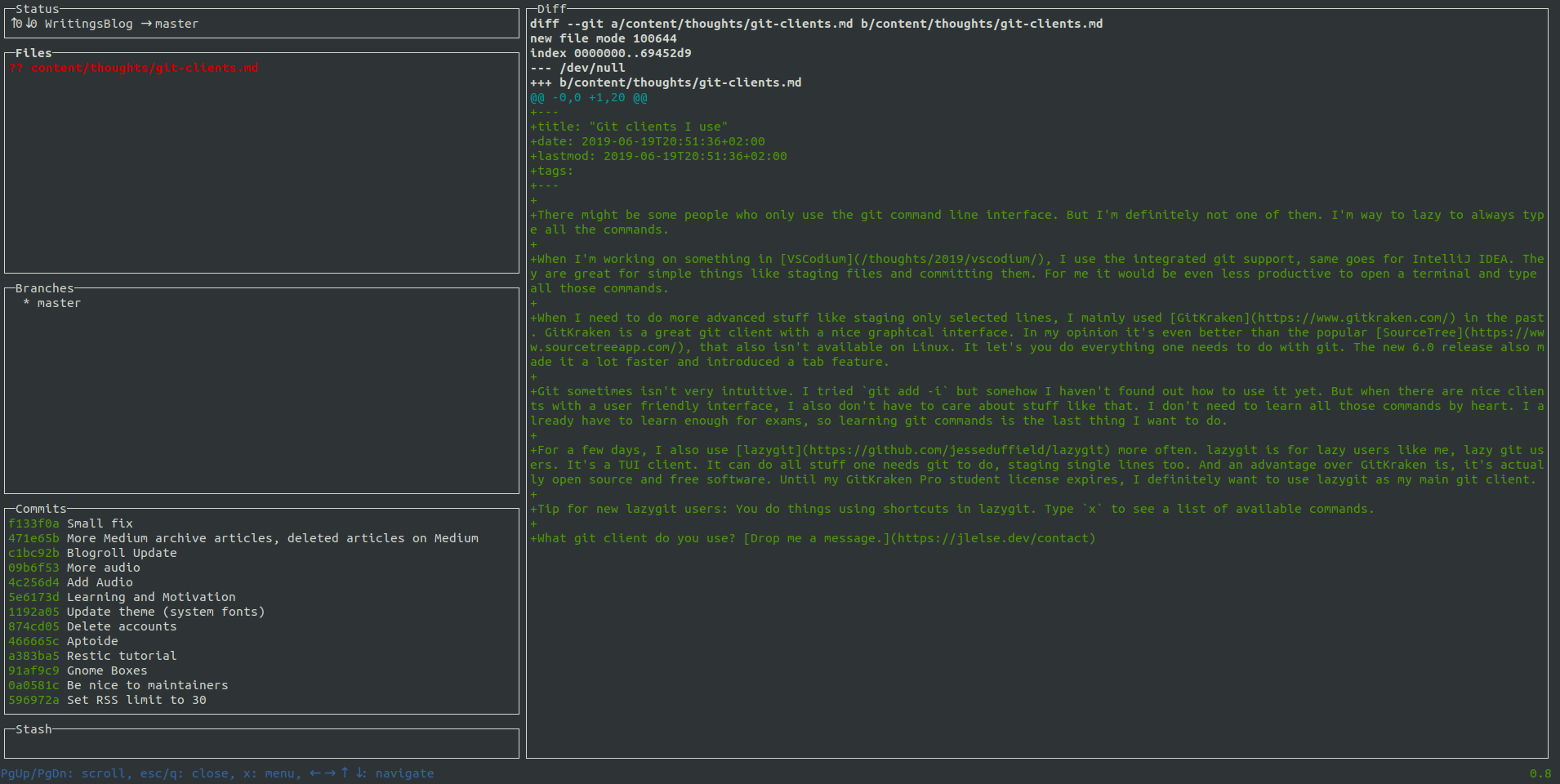 Tip for new lazygit users: You do things using shortcuts in lazygit. Type x to see a list of available commands.

What Git client do you use? Drop me a message.